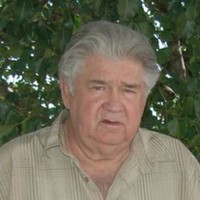 Larry Dean Sipes, 76, of Kaufman, TX passed away on October 24, 2018 in Dallas.  Larry was born on April 25, 1942 in Chicota, TX to William and Pauline Sipes.  On July 25, 1959 he married Deedra Hurley and they spent a wonderful 59 years together.  Larry and Deedra had spent the last 12 years in Kaufman and lived in Dallas previously.  Larry was an electrical contractor for 35 years and was an electrical inspector for the city of Dallas for 10 years.  He was a family man and a true friend to all who knew him.  He was a beloved Husband, Father, Brother and Grandfather.  His parents preceded him in death.  Those left to cherish his memory are his wife Deedra Sipes of Kaufman, TX; children:  James Sipes of Kaufman, TX, Danny Sipes and wife Carolyn of Kaufman, TX, Brady Sipes and wife Tonya of Balch Springs, TX, and Janet Sipes of Kaufman, TX; siblings:  Elmer Sipes and wife Geneva of Kemp, TX, Charlotte Furr of Abilene, TX and Judy Anderson of Abilene, TX; grandchildren: Colton Sipes, Samantha Sipes and Jonathan Sipes; numerous nieces, nephews, extended family and friends who will miss him dearly.

To order memorial trees or send flowers to the family in memory of Larry Dean Sipes, please visit our flower store.