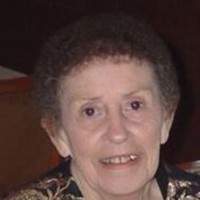 Patricia Elizabeth Frankum, 76, of Combine, TX passed away on November 4, 2018 at home with her husband by her side. Patricia was born on November 23, 1941 to Francis and Alice Mathis in Dallas, TX. Patricia met Troy Gene Frankum in high school. On July 27, 1957 Gene, at the age of 17, and her, at the age of 15, went to Oklahoma so they could get married and found a willing Peace officer in Madill, OK. For the next 61 years they took care of each other. In the early 60's they moved out to Combine and have been there ever since. Patricia operated P and G Ceramics in Seagoville for 8 years and it became the second largest ceramic shop in Dallas. She loved to watch the Dallas Mavericks and never missed a game. She spent most of her time being very involved in the life of her kids. She was a PTA volunteer, she would be at every school event like sports, plays or musicals. Patricia was the fearless leader of the whole family, a beloved wife, mother, grandmother and great grandmother. Those who preceded her in death are her parents, brother Delta Mathis and daughter Kimberly Gene Wilson. Those left to cherish her memory are husband Troy Gene Frankum; sons: David Frankum and wife Ann of Eustace, TX and Jason Frankum and wife Esther of Combine, TX; daughter Dee Ann Shaffer and husband Mark of Centreville, VA; brother Chad Mathis and wife Red of Crandall, TX; grandchildren: Dakota Frankum, Gracie Frankum, Abigail Leath, Brett Shaffer, Scott Shaffer, Kari Michelle Frankum, Kimberly Roberts and Kristy Martinez; 12 great grandchildren and numerous extended family and friends who will miss her dearly.
To order memorial trees or send flowers to the family in memory of Patricia Elizabeth Frankum, please visit our flower store.