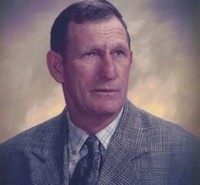 Frankie is proceeded in death by his parents Joe and Stacey Janicek and wife Jeanne Helen Morris Janicek.  He is also survived by his children Jeffery, Caroline and James, his grandchildren Jamie, Jonathon, William, Justin and Keri, and six great grandchildren.

Frankie served in the Army in his younger days and was honorably discharged in 1964.

Frankie, before the accident, that lead to this day, was a staple in the development of Kaufman. You either knew Frankie or you knew of him.  He built, opened and sold many businesses in Kaufman, always moving forward with the pace that most could not keep up with.  Frankie was a major developer and custom home builder in Kaufman along with several of his friends that have gone before him.  With the help and support of his daughter, Caroline, he was able to continue in this field for a few more years after his stroke.

Talking to family, Frankie was always available to help those in need. One of his favorite hobbies was to fish, as many can attest to.  He coordinated several trips with his friends to Mexico (when is was much safer) and he was totally in his element.

The family remembers that Frankie was always working, if he wasn’t fishing.  He loved his family in the way only he knew how.

Frankie told his daughter, during the last days that he was able to communicate, that he wanted to go home.  Home to Frankie, was his home that he occupied for over 40 years located at the end of Houston Street in Kaufman. With much thought, it was decided that it only made sense that those who knew him, be able to visit him one last time at the home he so dearly loved.

There will be no official memorial, but please come by and share your stories and say final goodbye to a man that will not soon be forgotten.

Visitation will begin on December 13, 2018 – 6:30 pm.  Caroline asks that you please stop by and have a cup of coffee, or punch and snack, and please share your stories and thoughts of her dad.  She has set up his home so that you are able to see his legacy in pictures, with a little thought of the time of season.  She looks forward to seeing people that she nor her dad have seen in a very long time.

Frankie will finally be in his home, even for one last time. Thank you for loving a man that was difficult to love.  Frankie was Kaufman, and Kaufman was Frankie.

To order memorial trees or send flowers to the family in memory of Frankie Janicek, please visit our flower store.