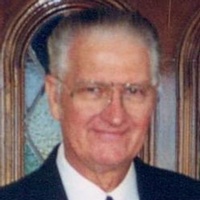 Elton Lou Mays, 83, of Terrell, TX went to be with the Lord on January 13, 2019 in Terrell, TX. Elton was born on February 28, 1935 to Thomas Jefferson and Cora Applin Mays in Coleman, OK. Born in Oklahoma he moved to Van Alstyne, TX where he met and then married his wife Juanita Jo on August 16, 1952. After they married they moved to Dallas until they moved to Kaufman in 1992. Elton worked for TXI for over 33 years before he retired in the early 80's. Playing his steel guitar was a passion of his. He would assist the preacher at Colonial Lodge with church services and go play at the Fruitvale fire department every other Monday. He also enjoyed riding on his tractor. Elton was never at a loss for words and was always looking to entertain people with music and fun. Those who preceded him in death are his parents, wife of 65 years, siblings: Omie Moon, Maple Spindle, Sam Akins, Johnnie Mays, Thomas Mays, Bill Mays, and Alice Geer; son-in-law Ray Willingham, grandaughter Jennifer Parrett and great grandson Eric Lozano. Those left to cherish his memory are children: Melvin Mays and wife Carol of Kaufman, TX, Linda Crawford and husband Al of Rockwall, TX and Carla Willingham of Fruitvale, TX. He had 8 grandchildren and 17 great grandchildren; numerous neices, nephews, extended family and friends who will miss him dearly.
To order memorial trees or send flowers to the family in memory of Elton Lou Mays, please visit our flower store.