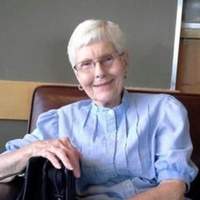 Elizabeth Irene Neal, 80, of Kaufman, TX passed away on February 11, 2019 in Dallas. Elizabeth was born to Oscar Branch and Alta Mae Valentine Gronewald on August 12, 1938 in the Jiba Community where she was raised. She graduated from Kaufman High School in 1956 and was the football queen her senior year. Elizabeth married David Neal at Wilson Chapel on June 22, 1957 and spent a wonderful 61 years together. In 1959 they moved to Kaufman where she lived the rest of her life. She worked for Farmers & Merchant's National Bank in Kaufman as a teller for 35 years when she retired. Elizabeth was a beloved wife, mother, grandmother and sister. Those left to cherish her memory are her husband, son Mark Neal and wife Sharon of Kaufman, TX, daughter Melanie Graves and husband Gary of Las Vegas, NV, grandchildren: Scott Neal and wife Jennifer, Sean Neal, Jessica Graves and Jonathan Graves; great grandson Liam Neal, brother Edward Gronewald of Lake Fork, TX and numerous extended family and friends who will miss her dearly. The family held services for Elizabeth on Wednesday, February 13, 2019 at Kaufman Cemetery.
To order memorial trees or send flowers to the family in memory of Elizabeth Irene Neal, please visit our flower store.